On Sunday at about 11:15 a.m., Price City Police officers were dispatched to the Roscrea Apartments #D103 on report of a suspicious man. The man was allegedly repeatedly going in and out of the apartment, and when outside, would engage himself in an animated discussion.

Price City Officers Brandon Ratcliffe, Shawn Sackett and Detective Dave Wilkinson responded and came in contact with Charles J. “CJ” McManus, 36, of East Carbon, the reported suspicious male. Based on contact with McManus, officers came in contact with Michelle Lynn Holley, 35, of Price, the resident of the apartment. Tiffany Ann Herron, 35, of Price, was also in the apartment along with two other adult males (identities are known but not released as they have not been arrested or charged with anything at this time).

The officers received significant assistance from Carbon County Deputies Tory Christiansen, Marcus Bott and Jonathan Mangum during the course of the investigation.

Methamphetamine and items of paraphernalia were allegedly observed in the apartment in plain view. Based on the known information, a search warrant was applied for and granted by the Seventh District Court.

McManus was arrested and booked for possession of methamphetamine and controlled pharmaceuticals, both third-degree felonies, and possession of drug paraphernalia, a class A misdemeanor.

Holley was arrested and booked for possession of methamphetamine and controlled pharmaceuticals, both third-degree felonies, and possession of marijuana and paraphernalia, both class A Misdemeanors. 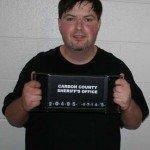 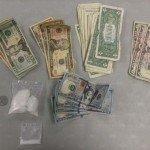 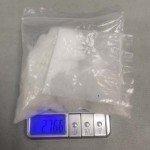 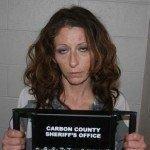 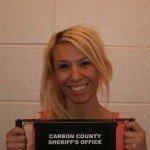