Having ran for both Senate and Congress before, Bill Barron is on the trail again this year biking and hiking his way across Utah and, as he hopes, into the US Senate.

Naming himself as a non-partisan, single-issue candidate, Barron has his sights set to inspire voters in the Beehive State and unify them on a single issue: climate change.

“This issue should not have any party affiliation at all,” Barron stated while calling for greater unity between differing political parties to join together to act on the issue while time remains. “Let’s try to utilize our power as citizens, through our vote, in a unique way.”

Barron, who is in the middle of a tour of Utah that began nearly a week ago and is made up of biking and hiking from the Utah/Wyoming Border to Southern Utah, has already ridden over 100 miles and will continue to do so until later this month, all the while meeting with concerned individuals and campaigning for change.

At a recent meeting hosted Monday on the campus of Utah State University Eastern, Barron thanked Carbon County for its long history of energy production. The Senate hopeful, however, feels that the need to adapt and bring forth new energy solutions is ever constant.

Barron’s plans include placing a gradually increasing fee at the sources of carbon fuels. Furthermore, his plans include the revenue from doing so being collected and evenly distributed among American households.

In doing so, Barron hopes the market will be pushed to bring about needed changes in the realm of renewable energy rather than having government officials dictate such issues.

While at the event, Logan Mitchell, PhD, also spoke in reference on such issues as air quality, gas emissions as well as climate change. Mitchell, who is an atmospheric scientist employed at the University of Utah, led a presentation to those present about the issues and why action is necessary.

To learn more about Barron and his campaign as well as to donate or find the next chance to take part, visit www.voteforclimate.us. 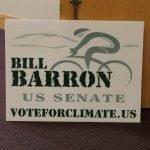 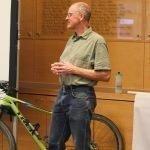 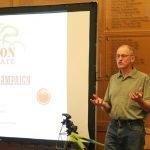 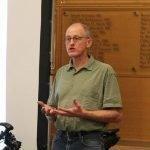 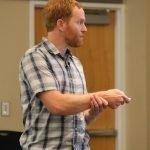 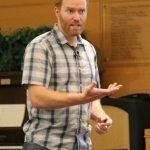 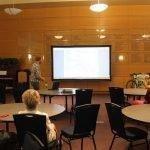 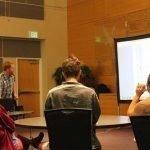