The Carbon Rodeo Club has hit the ground running in the new season with seven members already qualifying for the state finals in just four rodeos.

Kortney Backus is leading the state’s queen contest in first place while teammates Sadie Waller and Jacee Kraync sit at seventh at 10th, respectively. Waller also sits in eighth place in reined cowhorse. Also at the top of the state’s leader boards are Morgan Jensen at third in barrel racing and Jordan Pierce in second place in both trap shoot and rifle shoot. Gus Christensen is also doing well, sitting at 15th in steer wrestling while Afton McCourt is 17th in breakaway.

“The team is looking outstanding this year,” coach Jill Jensen said. “We are super excited. We have got so many talented kids on the team.”

Christensen and Kraync are new to the team, already proving successful in their rookie season.

“The freshman that are coming in are looking really positive and really good,” Jensen said. “I am pretty excited. I think we have a shot at nationals this year for some of these kids.”

Seniors Stash Cornforth and Kyler Magann as well as juniors Cameron King and Casey Rich are still looking to notch a spot in the state finals in June. Sophomores Sierra Edwards, Kayden Gibson, Jaydun Thomas and Kolton Rhodes are also setting their sights on the finals.

The club has a slew of chances to qualify at upcoming rodeos from Panguitch on Sept. 11-12 to events throughout November. Jensen said the goal is to qualify everyone.

“We are looking to get everybody qualified this fall,” Jensen said. “We are just working on staying consistent and getting more points.” 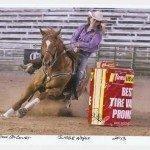 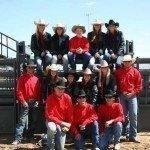 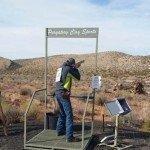 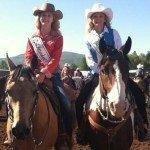 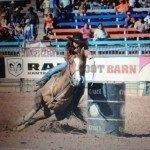 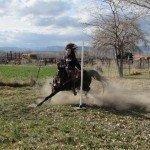