Morley transferred from San Juan High School this year to attend Carbon High. She didn’t miss a beat, scoring 10 points and 14 rebounds in her first game as a Dino against Spanish Fork back on Nov. 24. It was the first of nine double doubles on the season. Her best game statistically came against 5A West on Dec. 29, a game in which she scored a season-high 21 points and ripped down 13 boards. Her season high in rebounds (17) came in the first round of the 3A Playoffs against Bear River on Feb. 19. Morley has signed a letter of intent to play volleyball (already signed) and basketball (has yet to sign) at USU Eastern in the fall.

Blanc, a junior, finished the year with averages of 12.2 ppg, which was a team high. She also averaged 3.8 rpg and dished out 3.7 apg. She was also third in 3A in steals, averaging 3.4 spg. Blanc scored a career-high tying 20 points against Juab on Feb. 11.

Johnson led the Lady Spartans with 9.5 ppg. The senior was also named academic all state after a perfect 4.0 GPA. Johnson’s best game of the year came against Manti on Jan. 26 when she scored a career-high 20 points, including three threes.

Jensen and Toomer averaged 7.0 and 6.5 ppg, respectively, good for third and fourth on the team. Griffin chipped in 5.0 ppg and a team high three assists per game.

Williams was the lone representative from Green River on the 1A team. Williams nearly averaged a double double on the season, finishing the year with 9.3 ppg and 8.1 rpg. She scored 18 points and snagged 18 boards (both career highs) at Whitehorse on Jan. 29. 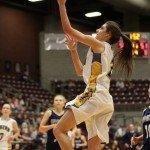 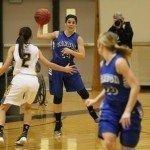 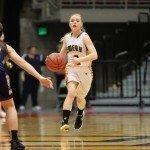 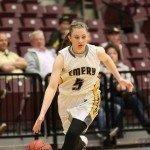 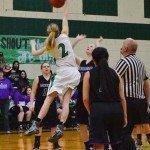 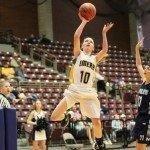