The rodeo teams will now take a break until the end of February, then the rodeo trail will be busy again. 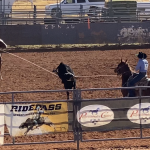 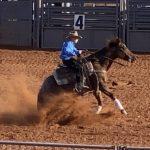