At approximately 2:20 p.m. Monday, a single-car accident occurred on Highway 10 just south of Tony Basso GM. According to Utah Highway Patrol Sgt. Warren Nelson, the driver of the Kia Sorento was traveling north when he noticed that he had drifted over the center lane. The driver over-corrected, striking a telephone pole.

Utah Highway Patrol along with police and fire departments from Price City and Carbon County Sheriff’s Office responded to the scene. Medical transport was needed for the driver.

“The driver was transported to Castleview Hospital,” stated Nelson. “It was more of a precautionary. It was a pretty significant impact.” 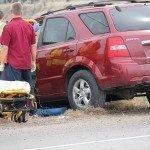 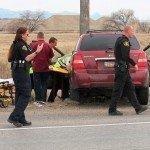 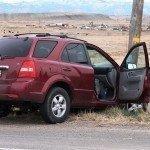 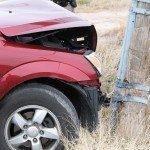 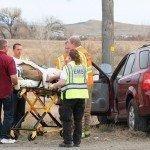 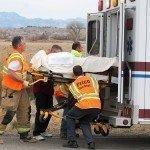 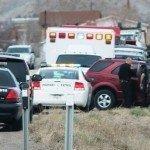