An accident involving a single semi-truck claimed the life of a Gunnison man Wednesday morning.

According to Utah Highway Patrolman Sgt. Nelson, the driver, 61-year-old Byron F. Adamson, was traveling southbound on SR-6 near milepost 284 when he veered suddenly off the road.

The truck slid approximately 100 yards before the tractor and trailer were separated. According to reports, the cab continued another 25 yards and down a 30 foot wash.

According to Nelson, there was no evasive action taken during the slide, which is prompting further investigation into Adamson’s health. However, Nelson said there was no indication of alcohol or drug use. According to witnesses, there was no sign of impaired driving.

Adamson was pronounced dead on the scene. His family has been notified. 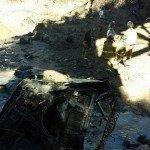 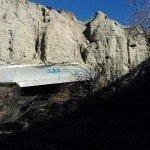