Authorities responded to a single-vehicle rollover in Wellington near Miller’s gas station on Monday morning.

According to the Utah Highway Patrol, the incident occurred when a 33-year-old male was heading west from Price, traveling on SR 6 near mile marker 249 around 8:50 a.m. For an unknown reason, the vehicle left the roadway to the south. The driver then tried to move the vehicle back onto the road, which caused the vehicle to overturn onto the driver’s side.

The driver was wearing his seat belt and speed was not an issue according to UHP. The male was transported via ambulance to Castleview Hospital after complaints of neck pain. No critical injuries have been reported.

A tow truck, ambulance, highway patrol and officers from the Carbon County Sheriff’s Office and Wellington City Police Department responded to the accident. 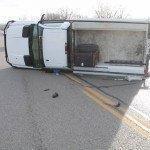 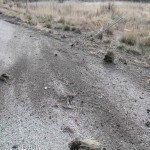 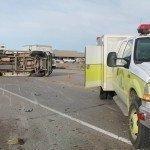 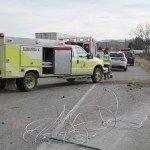 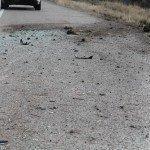 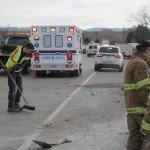