It was another great archery season for the Dinos. As a school, Carbon took first in state and fifth in Western Nationals.

In addition, top Dino archer Cheyanne Slaughter followed up her 2021 State Championship with another State Championship in 2022. She also was named the Overall Grand Champion. Then, at the Western Nationals, Slaughter scored a personal record of 296 to take first overall. In fact, her score placed her first in the nation out of 5,956 female archers.

The first-place spot at Nationals qualified Slaughter for the National Archery in the Schools Program (NASP) Scholarship shoot-off in Louisville, Kentucky. She is one of 10 female archers that received an invitation in the nation. Slaughter was also named to the All-American Academic Team for her achievements with a bow and in the classroom. 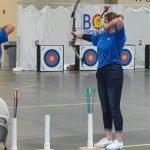 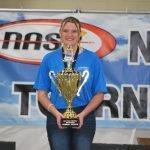