A call came into Emery County Sheriff’s Office Dispatch Center at 9:48 a.m. today stating that a small plane had crashed short of the Mexican Mountain Airstrip in a remote area of Emery County. Two Utah men were uninjured in the crash. The pilot was a 57-year-old man from Heber City and the passenger was a 59-year-old man from Park City.The men were visiting remote airstrips in the area.

A Guardian Air helicopter was dispatched from Price, and another that was already in the area also responded. The men were transported to the Price airport by Guardian Air. ECSO personnel and Search and Rescue personnel responded to process the accident scene. The FAA and NTSB were notified. The Mexican Mountain Airstrip is 16 miles east of Swinging Bridge, a state historical site, on the San Rafael Desert. 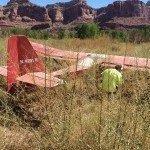 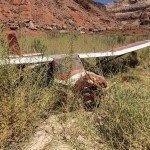 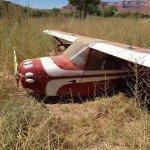 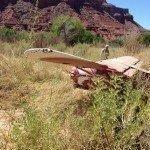