As a follow-up to a story and photo we posted on our Facebook page Tuesday regarding the search for the driver of an abandoned car found by the Consol Mine coal load out south of Emery, an overnight snowstorm helped lead to the arrest of 25-year-old Ricardo Delacruz of Vista, California.

While being held in the Emery County Jail awaiting transport to Sevier County to face charges for the gas skip, and after appearing before the judge in Emery County and pleading no contest to charges of possession of methamphetamine (Class B Misdemeanor), Delacruz wanted to tell his story as follows:

He stated that he left California around December 4. He had been using drugs constantly for weeks prior with only one or two hours of sleep per day. He left due to what he called paranoia caused by the drug use. His mind was convinced that people were chasing him. He said he drove for approximately three days, but details are sketchy to him due to the drug use. He stated that he stopped in Salina, Utah at a Subway on December 7. While there, he broke his car key.

A mechanic from a nearby shop noticed Delacruz struggling to start his vehicle and asked him if he needed help. The mechanic helped him pry the ignition open. Delacruz then went to pump fuel. He had already filled his car when he had a problem with his debit card. The store clerk told him that she would have to call dispatch. He said this sparked his paranoia and he left without paying fearing that more people would now be chasing him. He does not remember leaving I-70 and heading north on SR10 in Emery County and does not know why he abandoned his vehicle other than in his mind people were chasing him. He stated that he just got out and started running. Investigators confirmed that the tracks leading away from the vehicle appeared to have been made by someone running and slipping, but there was no indication that anyone else had been in the area.

Delacruz spent four nights in the wilderness in the area between Consol Mine and I-70. He stated that the first night he had nothing to protect him from the elements. On the second day he located a small storage shed at the Live Earth Miracle Rock Mine. In the shed he found a blanket, a first-aid kit and some dry packets of apple cider mix. He stated that he was starting to think a little more clearly by this time and realized that he needed to find civilization. He wrapped his feet in gauze and took the blanket with him.

As he hiked, he could see I-70 in the distance and was trying to make his way to the interstate but kept getting ledged in. At one point, he saw what appeared to be steam coming out of the ground. He said it was warm air coming out of a small shaft. He warmed himself for a while, but not knowing where the air was coming from, he said he was worried that it could be toxic and he continued on. Delacruz stated that he could see Miller’s Canyon Road, which is a county road.

Friday morning, he noticed a snow plow going up and down Miller’s Canyon Road and decided that if he had any chance of survival, he had to make his way to that road. When he reached the roadway, he curled up on the side of the road and waited for the snow plow to return. He then got up and started flagging the snow plow. The driver gave him coffee and called his supervisor to report. The supervisor was aware that ECSO had been looking for a man in that area and immediately called dispatch.

Delacruz was arrested by the Emery County Sheriff without incident. Upon arrival at the Emery County Jail, he was examined by a medical provider. Delacruz stated that the medical provider told him that in addition to hypothermia, frostbite on his feet and the mental stress he was suffering, his body was shutting down and he probably would not have survived another night in the elements.

When appearing before the judge Friday afternoon in Emery County, Delacruz requested to be put in a substance abuse program. He said that during the past few days he thought he was going to die, and now he just wants to go home and get the help that he needs. Salina City Police Officers transported Delacruz to the Sevier County Jail. 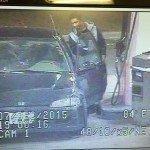 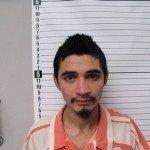