With a record-breaking number of new COVID-19 cases in a single day, the Southeast Utah Health Department announced 31 new cases of the virus on Wednesday evening. These cases include 13 in Carbon County as well as nine each in Emery and Grand counties.

“It’s up to each of us as individuals to slow down the spread,” the Southeast Utah Health Department shared. “Face coverings are required and social gatherings are limited to 10 people or less. Keep six feet of distance from others, follow good hygiene practices, stay home when you’re sick and follow public health guidelines.”

Emery County has recorded 92 cases of COVID-19, 26 of which remain active as 64 patients have recovered. Three Emery County patients are currently hospitalized while five others were formerly hospitalized. There have been two deaths within the county, both being Emery County men in the 65-84 age range.

As part of the total case count, the Southeast Utah Health Department also tracks cases involving students, teachers and staff at local schools as well as the university. Carbon School District has recorded 17 cases of the virus, three of which remains active as 14 have recovered. USU Eastern has tallied 10 cases, all of which have recovered. 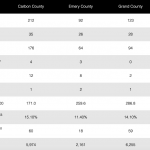 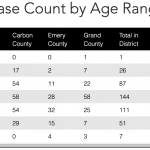 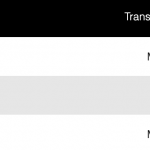 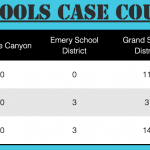 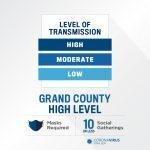 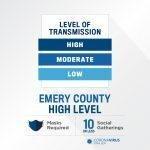 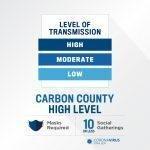