Soldier Hollow was the venue of the 3A State Cross Country Meet that took place on Thursday. The Spartans knew they had a good shot at the state title going into the race, but also knew they needed to put their best foot forward after edging out Richfield by just one point to take the region.

Morgan’s Gabe Sargent took first with a 17:34 time while Richard Crane (Richfield) came in second followed by Bryar Meccariello (Emery) in third. Carbon’s Kobe Cruz cracked the top 10 in seventh place while Spartans Merritt Meccariello and Jess Christiansen were close behind in eighth and ninth, respectively.

The Wildcats again had a good grouping, finishing in 17th, 18th, 20th and 22nd. Emery’s Zach Wolford came in 23rd while freshman Mason Stewart finished in 32nd to round out Emery’s top five.

For the Dinos, Easton Humes, also a freshman, came in 12th while Nathan Engar came in 40th, Braxton Ware came in 47th and Boyd Bradford came in 57th.

It was a tight race in the standings, but Emery once more beat out Richfield by one point, 66-67, to be crowned state champions. Morgan came in third with 78 points while Carbon finished in sixth with 143 points.

“They have worked hard all season for this goal,” said Kristy Guymon, Emery’s head coach. “We knew it was going to be a fight for the title, but they stepped up to the challenge. We are so proud of our runners.”

On the girls’ side, Kylah Ricks (Grand) took first with a 20:01 time. Carbon’s Ambree Jones (So.) was the lone local racer to make in the top 10 with her ninth-place finish. Erin Stromness came in 13th followed by Sophia Taylor (18th), Ellie Hanson (30th) and Lillian Seeley (35th).

Morgan took first with a 49 score while North Sanpete (78) came in second. The Lady Dinos (86) had a solid race and made history, finishing in third place in state, a program record. Emery came in ninth with 215 points.

“The course was by far the most challenging. Hilly, chilly and not spectator friendly, which left athletes to run alone. Our girls fought hard in the last mile,” said Telisse Martak, Carbon’s head coach.

Congratulations to the Emery Spartans for their state championship! 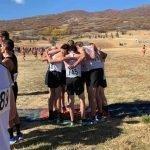 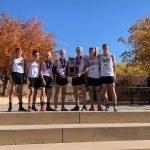 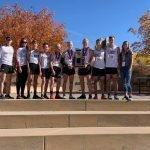 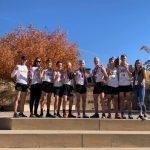 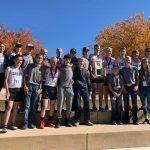 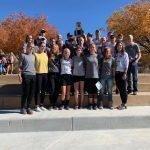 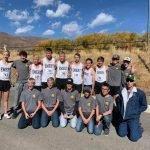 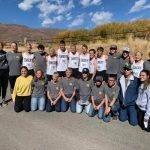 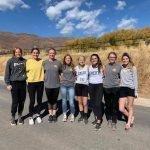 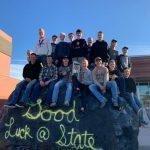 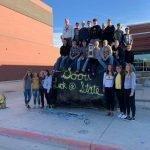 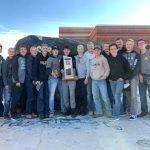 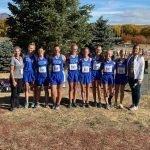 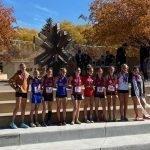 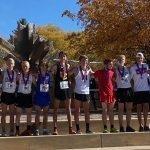