These stories were told by local retired miners who will remain anonymous. These are true stories told from those who made their living underground. Some are close calls, others are brushes with something the miner’s themselves could not explain.

Footprints in the Dirt

Have you ever heard of Tommy Knockers? The Cornish miners believed that ghosts of miners who died underground became Tommy Knockers and you could hear them working in the mine even when no one was down there. I had a shift mate who believed in them and told story after story about his old mine. I never believed him until it happened to me.

I was working down at the end of the belt line. The other miners were headed for the man trip. It was my job to make sure everyone got out. I thought I saw movement near the belt and stepped back to check the area. Down there, even with the lights on, you can’t see more than a few feet into the blackness. Movement caught my lamp and I turned to follow the movement, but I couldn’t find what made it. Next to the belt line was a fresh set of boot tracks. Every hair on my body went doink and stood up on end.

The crew was waiting on the man trip with everyone accounted for. As I left the tunnel, I could hear the tapping of a mine pick. Ever since then, I’ve believed in Tommy Knockers.

I was inspecting the new tunnel for safety. The mine was set to lay a belt line for this section. The roof bolter was sitting just at the edge of my inspection point. Everything seemed okay, until I looked at the roof. There was something not quite right with it. I climbed on the roof bolter to get a better look.

Before I knew it, the whole room began to shake and I took cover behind the roof bolter. Boulders the size of a truck started to fall all around and rocked the machinery. As the dust cleared, I climbed down and backed out of the tunnel. Had I been standing anywhere else, I probably would have died.

Movement in the Dark

The mine I worked in was a wet mine, which meant water had to be pumped out. Cross breezes flowed through the mine all the time and during the pumping they would hang large pieces of white cloth. While you were working, if the machines were off, you could hear them rustling in the dark and if your light caught the fabric just right, you would swear someone was standing next to you reaching out to touch you. My shift mate called them the ladies of the mine.

My crew and I got turned around one shift as we were exploring a cross cut. It’s against regulation to wander out of your area, but the machines were shut down after a small cave in had happened and we were tired of sitting around.

We figured it was okay if we all stuck together. We couldn’t see much in the cross section and after a bit of searching, we found our way back to our spot. As we stood around the man trip, grateful to no longer be lost, we noticed a thin coat of blackness up to our chests.

Chills ran through each of us as we realized we’d been wandering in black damp, a deadly combination of gasses that will kill you if you get in it. If any of us had tripped or stumbled, that would have been the end of us.

I was working near the beltline with my crew, when I had the strongest feeling to move. I grabbed my crewmate by the shirt, pulling him out of the way as a boulder came crashing out of the roof and smashed the exact spot we were standing. I don’t know if it was instinct, intuition or a guardian angel, but we both would have been killed if we had stayed there. 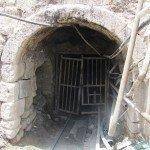 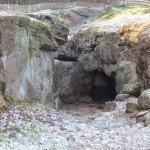 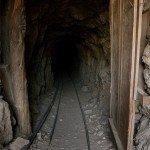