Hungtington Canyon has been closed due to flooding in the area. According to the Emery County Sheriff’s Office Facebook page, the road is closed from Crandall Canyon to Electric Lake. UDOT advised that the canyon will be closed until at least Tuesday morning. The sheriff’s office Facebook page and etv10news.com will report when the roadway is reopened.

SR 31 in Huntington Canyon remains closed after yesterday’s storms over the Seeley Fire burn scar resulted in debris flows and flooding. The road is closed between pile posts 23 and 33.

Debris flows have carried large amounts of boulders and trees onto SR 31. Some trees are as large as 40 feet in length and 4 feet in diameter. Utah Department of Transportation (UDOT) crews are working to clear the debris.

The area with the heaviest impact is the North Hughes drainage. Significant flooding and debris flows also occurred in Cabin Canyon and the Old Folks Flat area.

UDOT, Emery County Sheriff’s Office and Utah Highway Patrol responded during the storm event yesterday. There were no stranded motorists and gates across the highway were closed.

The National Weather Service advises that storm cells are developing over the area again today and that significant rainfall could occur. It is likely that SR 31 through Huntington Canyon will remain closed throughout Tuesday night.

Updates will be furnished as they become available.

SR 31 has been now been reopened to the public. According to the Emery County Sheriff’s Office, the road was opened around 5 p.m. on Tuesday evening. 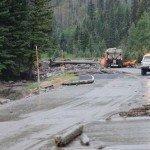 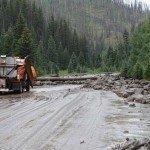 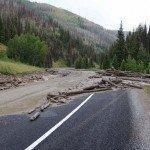 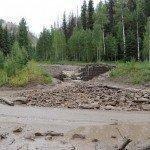