Director Heidi Hill led the seventh grade choir in ten Christmas songs. Several of the students sang in quartets while Katie Shore and Addison Jeffs both sang solos for the audience.

The men’s choir also performed four different numbers including “Candleglow,” “Deck the Halls,” “Carol of the Bells” and “Let It Ring.” Jimmy Behling and Shaun Giroux both sang solos.

Hill then led the eighth and ninth grade combined choir in five numbers. One of the highlights was the song “Sleigh Ride,” which was accompanied by Hunter VanBuren on the sleigh bells and Drake Hoffman on the slapstick.

The evening ended with the women’s choir singing “The Most Wonderful Time of the Year,” “Winter Wonderland,” “Silent Night” and “Carol of the Drum.” 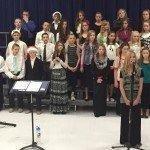 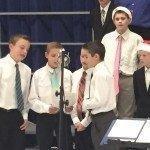 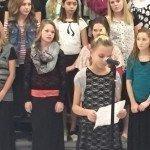 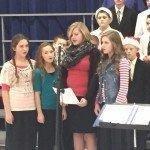 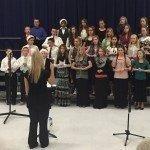 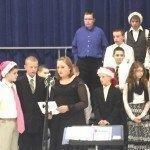 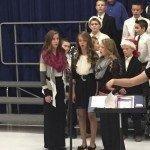 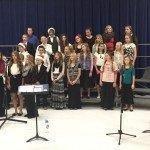 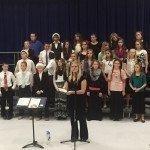 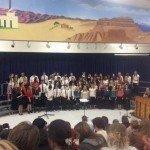 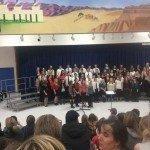 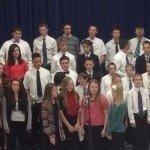 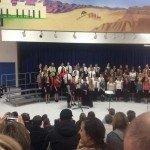 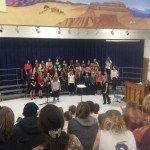