Price City is a friendly, progressive community. This is the motto of the city, but it’s also a statement that most do not deny. At the annual State of the City event, Price City Mayor Joe Piccolo reminded the community that, despite ups and downs, the city is a great place to call home.

At the beginning of the event, refreshments and light snacks were provided for attendees. Mayor Piccolo then took time to recognize each member of the council and their respective spouses, as well as the Price City’s First Lady. Richard Tatton with PRWID was also recognized along with various other elected officials, whether present or absent.

First Lady Barbara Piccolo was then invited to the microphone to speak. She began by stating that she was honored to share a few words with the congregated crowd.

“In everything that we have done, we have come together as a family. This city is a family,” the First Lady said.

She informed attendees that 2016 was the first year that her mother and father were no longer with us. Piccolo stated that it is our duty to carry on for the people that can no longer be here. She then impressed upon all that it is important to get along. She requested for all to work together as a family.

The time then went back to Mayor Piccolo. He began the reports on all that the community as whole went through in 2016.

“The city is in good shape; financially sound, appropriately staffed and ready, willing and able to meet unstable conditions with a stable hand,” Mayor Piccolo stated.

According to Mayor Piccolo, 2016 was filled with challenges and was a pivotal year for the city. He mentioned the resolution of a decades old cold case murder, the flooding emergencies, the closing of K-Mart and JC Penney, among others. He also recalled the Greek Orthodox church celebrating its 100th year, the groundbreaking of new structures such as the courthouse and the instant care, the new bike park that is currently under design and more.

The time for awards then came. The honor of the Price City Employee of the Year is actually chosen among the other employees of the city. Mayor Piccolo remarked on what a challenge and reward it is to be chosen by your own peers. The 2016 Employee of the Year award was presented proudly to Fermin Gutierrez. Gutierrez has been an employee of Price City for 23 years. The plaque presented to Gutierrez will be hung in city hall for the year.

The city’s human resources director, John Daniels, then approached the microphone to give the Safety Certificate of Appreciation Award. Although the Mayor and city council members were not aware, they were the recipients of said award for the year. They have always encouraged safety and created expectations as well as always using resources available to drive the safety of the city.

Jamie Campbell was presented with the final award of the afternoon: the Visionary Service Leader Award. Mayor Piccolo informed her that the award wasn’t just what she’s done for the past year, it’s what she does as an inspiration to many every day.

In closing, Mayor Piccolo encouraged all to find what drives them and to be an active member of the community.

“I am grateful and I am honored to be the mayor of this city,” said Mayor Piccolo. 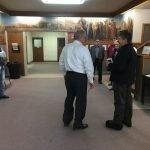 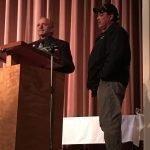 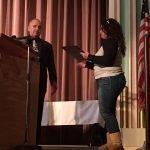 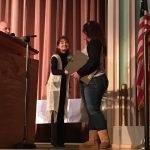