Steven Wright, MD, traveled from Colorado to speak to the members of Castleview Hospital on Tuesday.

Wright studied family medicine and earned his degree in that field in 1982. From there he progressed to addiction medicine in 1987. Still wanting to further his practice and continue assisting others, Wright then joined the medical pain management field in 2003.

Since then, Wright has been traveling and speaking at many different locations about addiction and treatment. He is a paid speaker for Indivior. According to Indivior’s website, its is “the world leader in addiction treatment with twenty years of experience and a unique, patient-focused approach.”

According to Indivior and Dr. Wright, 46 people die each day from an overdose of prescription painkillers in the U.S. About two years ago, Wright stepped away from clinical practice to be able to speak and assist with risk management.

“I really am engaged in this because it is so important,” Wright stated.

Wright wanted to speak with the physicians and hospital staff on the importance of recognizing addiction in their patients. He emphasized that is isn’t wise to treat a patient with an addiction by prescribing them a pain medication. Subsequently, he also stressed that the general public does not need the easy availability of addictive medications.

In the United States, 2.4 million people reported drug abuse or a dependency in one month alone, with the number of heroin deaths four times higher for men than woman in 2013.

Indivior uses a 4-step guide to help identify opioid addiction in a practice. The steps are recognize, screen, diagnose and treat. Along with the treatment step of the process, physicians may become waivered, meaning that physicians will be qualified to practice medication-assisted, opioid addiction therapy with FDA-approved medications. 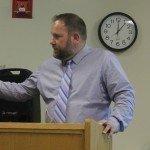 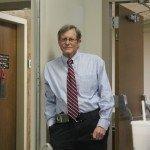 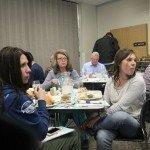 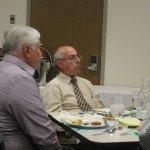