Even as the skeleton of the new Carbon County building begins to rise from the ground, the resolution for the “old” county building is still up in the air. Clerk/auditor Seth Oveson spent a few minutes giving an update on where that decision stands.

Last year, the Carbon County Commission employed Better Cities consulting firm to help look at acceptable uses for the building or the land if the building was razed. They have given the commission a preliminary report, including using the land for the Seventh District Court if a new building is needed or expansion is made.

There is a feasibility study taking place to assess the needs of the Seventh District Court Complex, which is located directly behind the old Carbon County building. Since the court building was constructed, new safety and legal requirements have been put in place. The court complex falls short of meeting the new requirements and the demand on the courts has risen substantially since the original construction.

The feasibility study is examining whether or not the complex can be retrofitted to conform with the new standards or whether a new building is necessary. Oveson pointed out that the county would like to avoid new construction if possible, but it might be the best choice. The site the current county building is sitting on would make a great location.

Scott P. Evans Architectural Firm is currently doing the feasibility study for the court complex. The firm also worked on the new county building and the county event center as well as several other facilities in the area. Oveson said the firm was chosen by the Seventh District Court and not by Carbon County, but they work in this area of the state frequently and understand the needs of the community

That would leave the current Seventh District Court Complex building open and Oveson said it would be much simpler to remodel that one for some of the uses identified in the Better City study than the current county building would be.

There is plenty of time to work out the details for both buildings because even though the new county building is rapidly moving ahead, it will be close to a year before the current location will be vacated. Oveson said that matter will come before the commission to consider all the options once all the studies have been finished. 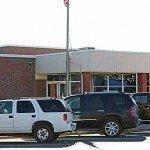 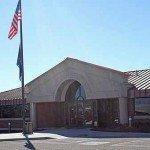 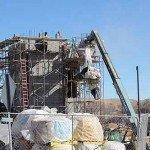