The State Cross Country Championship took place on Tuesday afternoon at the Regional Athletic Complex in Salt Lake City. After Rozlyn Stowe and the Lady Dinos took first in regionals last week, the group was looking to complete its season goals by bringing home a state championship. Carbon did just that as the Dinos blew out the competition at the state race. Interestingly enough, the top three teams all came out of Region 12 with Carbon on top with 63 points followed by Grand (81) and Canyon View (88).

Stowe has grown accustomed to immediately jumping out to a huge lead and running the race alone. That would not the case on Tuesday, however, as Union’s Jaylie Jenkins followed her step for step well past the two-mile mark.

“Roz had to strategically figure it out,” explained head coach Telisse Martak. In the end, Stowe was too much for Jenkins as the latter ran out of gas. Stowe capped off an incredible freshman season with another win to garner the individual state championship. She completed the three-mile race with a time of 18:17.1, nearly 10 seconds ahead of Jenkins. To put it in perspective, her time was the eighth fastest across all classifications in the state and the fastest of all freshmen.

Lindsie Fausett was the next Dino to cross in 11th place. She was followed closely by Ambree Jones in 14th, Sophie Taylor in 18th and Beverly Lancaster in 26th. Ada Bradford and Ellie Hanson wrapped up Carbon’s team in 33rd and 42nd, respectively.

“The girls just rallied together. They all just fought hard [and] had to seriously dig deep,” mentioned Martak. The second mile proved difficult for the team, but they collectively continued to push through the pain and ultimately brought home the title. “They all ran great [and] showed up, it was a great day,” Martak praised. “They seriously ran as a team.”

Another impressive freshman cracked the top 10 when Emery’s Addie Hurst took 10th overall. Fellow Spartan Carlie Hurst, also a freshman, was the only other runner from Emery that qualified for state and she finished in 44th.

Richard Crane (Richfield) set the pace in the boys’ race with a 15:57.5 time. Camdon Larsen (EHS) came in sixth with Braxton Ware (CHS) also cracking the top 10 finishers in eighth. Dino teammates Easton Humes and Garrett Black took 16th and 19th, respectively, followed by Sean Stromness in 35th and Logan McEvoy in 38th. Rounding off the scoring Spartans were Jack Christiansen in 29th, Merritt Mecarriello in 30th, Dillan Larsen in 44th and Mason Hurdsman in 49th.

“Braxton ranked 21st coming in. He ran a very good executed race.” Matak continued by saying how proud she was of the boys’ team and their individual efforts.

While Ogden ran away with first with 52 points, it was a dogfight for second. Canyon View (CV) defeated Carbon at region, but the Dinos held their own at state. Ware beat out Thomas Daniels (CV) and Humes edged out Payson Slade (CV) by a second. Black also finished before the Falcon’s third runner. In the end, both Carbon and CV were tied with 106 points.

The tie breaker goes to the sixth runners of the team, but in a race where standings can change in tenths of seconds, any runner from any team could have changed the results. The Falcons won the tie breaker to take second while the Dinos gave everything they had and finished in third. Emery came in sixth with 142 points.

The accomplishments did not stop there as Martak was named the 3A Coach of the Year. The community welcomed home the Dinos in style with a police escort and numerous supporters. “The welcome back was incredible, they did an excellent job. The kids felt like a million bucks,” concluded Martak.

Full results can be found here. 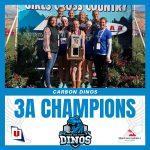 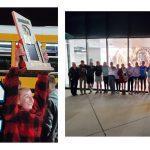 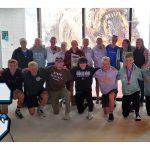 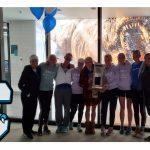 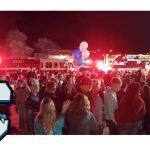 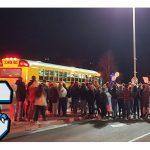 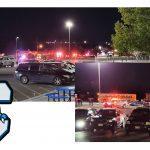 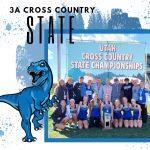