The Geography Bee was for students in 4-6 grades. Eighteen students qualified to compete in seven rounds of questions, which included topics such as US historic places, world geography and cultural geography.

At the end of seven rounds, participants were narrowed down to the top four. Those four students were Addison Jeffs, Ethan Olsen, Kelsey Thomas and Braden Howard. Olsen and Thomas made it to the final round and got to compete for first and second place.

After multiple rounds of questions, finalists were given a map of freshwater usage in the United States. Olsen finally won after getting the correct answer to the question, “Which state bordering the Gulf of Mexico has the lowest freshwater withdrawals?” The answer was Mississippi.

First place winner Ethan, son of Clint and Natalie Olsen, is in 5th grade and second place winner Kelsey, daughter of Jennifer and Jason Thomas, is in 4th grade. 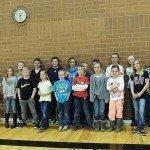 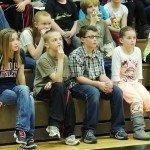 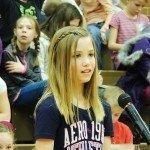 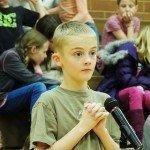 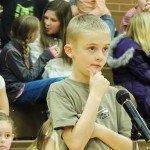 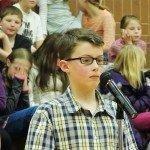 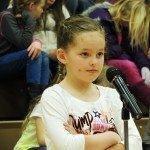 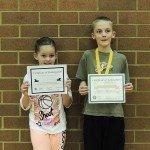