Daniel Hurd of Ride With Dan USA and the One Pedal At A Time (OPAAT) Movement recently traveled through Carbon County and ventured toward Green River and beyond in his journey of the lower 48 states.

Hurd discovered his love of bicycling through a friend in 2017 after a very hard time in his life. His friend was an avid rider and had tried for years to convince Hurd that cycling was something that he would enjoy. Hurd stated that their first ride spanned 20 miles, with the second being 30. Though he enjoyed the first two rides, he stated that the third ride was the one that changed him.

Enjoying the moment and focusing on living and not what was in the past or what was to come was what made cycling so enjoyable for Hurd.

From this experience, Hurd realized that cycling was key for him in his life and on March 5 of 2018, he began his projected three-year journey of the lower 48 states. He began his trek in Massachusetts and has since then covered many areas, finally finding himself in Carbon and Emery Counties on Oct. 5-7. He has also journeyed to Moab.

Hurd has over two years on the road now with over 15,000 miles recorded, 39 states that he has cycled through and over 75 suicide interventions that he has conducted.

“If you are struggling, let’s talk about it. If you know someone in need, be willing to listen to them judgement-free. This journey has saved my life and helped many. “I am looking forward to continuing to make an impact,” Hurd stated. 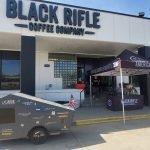 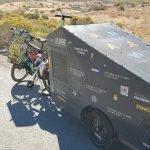 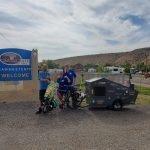 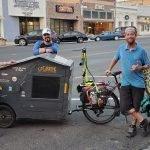 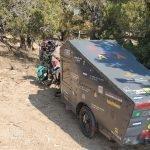 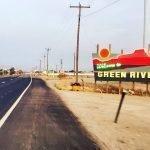 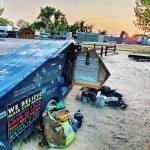 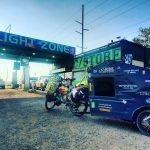 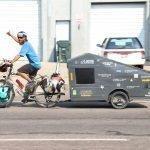 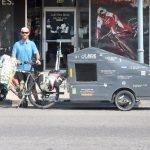 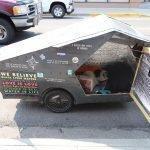