Following a cross-country move from Pennsylvania, Carbon High Teacher Jeremy Trostle saw an opportunity to ramp up recycling efforts with his new position at the local high school.

Trostle is a life skills teacher at Carbon High School. When he lived in Pennsylvania, recycling was mandatory. After relocating to the area, Jeremy and his wife Liz had a culture shock in terms of recycling, and quickly became involved with the Green Team of Carbon County to assist with local recycling efforts. This expanded in January 2019 when Jeremy began getting more people involved with recycling at Carbon High School.

Carbon High recycles all paper products, such as office and notebook paper, as well as paperboard, packaging, newspapers and magazines. They take care to separate the high-quality office paper from the mixed recycling for the added benefit of increased recycling value. There is another teacher that accepts empty printer cartridges for recycling.

In 2019, Carbon High filled the Green Team trailer with three full loads of paper. The school has already filled the trailer twice this year and, on average, a trailer full of paper weighs 1,200 pounds.

The recycling efforts have gained traction throughout not only Carbon High, but also the Carbon School District. The National Honor Society of Carbon High School has purchased durable, plastic recycling bins. In addition, some individuals from the Castle Valley Center volunteered their time to decorate cardboard boxes with Mr. Trostle’s class.

The bins and boxes are placed in each participating classroom. Approximately 30 Carbon High teachers (75%) have agreed to recycle in their classroom. Trostle’s goal is to get every teacher and student at Carbon High to join the recycling effort.

“There are many reasons to recycle; it saves money, resources and lowers the overall cost of manufacturing,” Trostle said. “Most importantly, we live in a beautiful part of the country and it would be nice to see everybody do their part in keeping Carbon County beautiful. Every piece of recycling that avoids the landfill is moving us towards keeping our air, soil and water cleaner.”

For more information on the Green Team of Carbon County, follow them on Facebook or visit their website at www.ccgreenteam.com. Community members who would like to become involved with the Green Team of Carbon County are encouraged to contact Timothy Kennedy at timothykennedy79@hotmail.com. On the second Thursday of each month beginning at noon and lasting one hour, the team meets at the Price City Hall in room 106 and encourages the community to get involved. 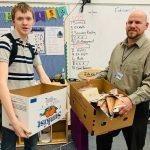 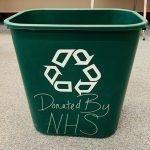 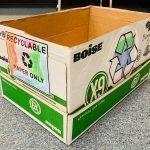