The annual Castle Valley Athletic Association Basketball Tournament went off without a hitch earlier this month. Over 500 parents, participants and local athletes filled the BDAC at Utah State University Eastern on March 2-3 to catch the action. Middle school teams from Carbon and Emery counties came together to competed in the single-elimination tournament.

Canyon View and Helper met in the semi-finals where Canyon View controlled the game and won it easily. The other semi-final game was between San Rafael and Mont Harmon. In a tough battle, San Rafael came out on top.

In the championship game, Canyon View led most of the way. San Rafael made a late push and pulled with one in the final minute. Canyon View then added to its lead at the foul line and San Rafael’s last-second shot missed the mark, giving Canyon View the two-point victory.

In the two play-in games, Pinnacle handled Helper while San Rafael controlled Green River. Pinnacle then met up with Mont Harmon in the semis, but the Panthers were no match for the Pirates.

On the other side of the bracket, Canyon View and San Rafael met in a thriller. San Rafael jumped out to an early lead and maintained it all the way until the final minute. Canyon View continued to apply the pressure, however, and grabbed the lead with under 60 seconds to play. At the free-throw line, Canyon View was clutch down the stretch and pulled off the comeback to win by two.

The championship game did not have the same drama as Mont Harmon controlled it from start to finish to beat Canyon View by a large margin. 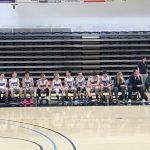 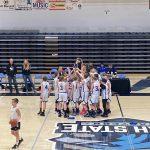 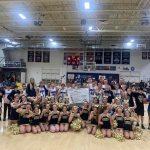