The tournament kicked off on Thursday evening with the adult doubles competition. The first round featured the team of Mike Ault and Susan Laborde against Josiah and Lazarus Shettell and the team of Pete Riggs and Dave Sehestedt versus Tom Alleman and Marie Mancina. The Shettell brothers beat out Ault and Laborde 8-3 while Riggs and Sehestedt defeated Alleman annd Mancina 8-0. The championship match was best two out of three sets. The tandem of Josiah and Lazarus Shettell bested the duo of Pete Riggs and Dave Sehestedt by the score of 6-1, 6-2.

Participants then gathered on Friday evening to take part in the adult singles open division. Alleman, Ault, Jesse Kobe, Nick Mahleres, Jordan Shettell, Riggs and Sehestedt all took part in the competition. Riggs name was drawn out of a hat to sit out the first round and go on to the second round on Saturday morning.

Ault won his semifinal match against Pete Riggs 10-2 on Saturday morning while Sehestedt defeated Mahleres 10-0, setting up a championship match between Ault and Sehestedt.

The first set was close at 4-3 before Ault was able to get a break on Sehestedt and took the first set 6-3. Despite some strong serving from Sehestedt, Ault was then able to use his strong defensive play and deep, flat groundstrokes to win the second set as well, 6-0.

The International Days tournament was named after Joe Di Benedetto, an avid tennis player and friend to many local players.

“It was a great tournament,” Riggs commented. “We’d like to thank all of the participants as well as Carbon Rec who helped us put the tournament on.” 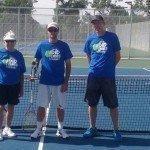 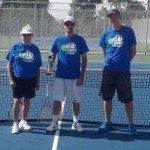 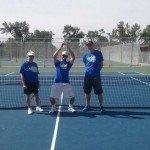 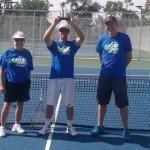 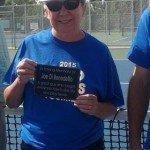