By Kristi Gilbert and Lana Kofford

This is a tribute to Teri McElprang who is retiring this year. Mrs. McElprang, fondly known as Mrs. Mc, went back to school to get her teaching degree after she was married. She had two small children, Kristi and Pete at the time, which made going back to school hard. It was even harder when she had her baby Clif and found out that she had cancer. It didn’t stop her! She started teaching in that fall of 1984 while finishing up treatments for cancer and has been teaching second grade now for 34 years. At the sweet age of 54, she went back and got her Master’s degree in Education in 2011. She was named the Arch Coal Teacher of the year in 2009.

Mrs. Mc puts in more hours than most teachers. She is at the school every weekend and is usually the last one to leave and the first one to arrive on weekdays. She writes her own reading templates and adjusts what they are learning to help students that are struggling. Her students success is very important to her. She has expected a lot from her students, herself and the parents. Anyone who has had a child in her class or been a child in her class knows that she pushes these children to be the best they can be. She does not settle for mediocre from herself, children or parents. She believes that every child has their own strengths and she tries to show the child where those strengths lie. It means a lot of EXTRA WORK but the skills they learn are invaluable.

Mrs. Mc’s class was not all work. She was the producer of 34 different plays; no play was alike. At first, her mother-in-law, Beulah McElprang, wrote her plays. When she passed away, Mrs. Mc said it was time to grow up and she wrote her own plays since. She would get an idea, research it and then in one weekend, she’d write the play. Teri would use her own money for costumes and success of these productions, no matter the cost, she wanted it to be memorable for the children. These productions were awesome and remembered by the students for the rest of their lives.

The kids loved singing the fun songs. They loved the Christmas carols too. Every year, her husband Tom would bring the horse-drawn wagon and take Mrs. Mc and her class around town, no matter the weather!

Each year, Mrs. Mc taught jump roping of all styles. The kids learned tinkling and art. She is kind and thoughtful also. One year, she had a student that didn’t have anyone to help do her hair. The kids in the class noticed, so Teri went and bought little girl hair supplies and had the little girl come early each day and then Mrs. Mc would do her hair. This is only one of many kind acts of the children’s behalf. She loves these kids and calls them her own. Each has a special place in her heart.

Mrs. Mc has taught two of her three children and seven of her ten grandchildren. That’s quite a feat! Mrs. Mc is a legend at the Huntington Elementary. She never slacks in her teaching and she will be missed. She is looking forward to spending time with family and doing A LOT of genealogy.

Good luck to her in her future endeavors, which we know will be done with perfection. 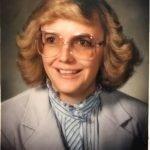 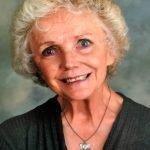 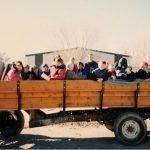 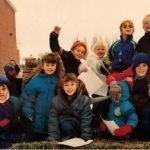 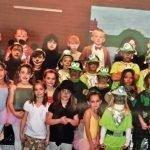 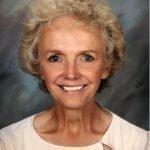