For 23 years, Price City has been on the list of Tree Cities USA. It received that honor again this year from the Arbor Day Foundation.

The recent removal of trees in the main Price City Cemetery has raised a few questions. Price City does have a forestry plan in place, but at times it still has to remove trees in the course of city maintenance. Price City Grounds Manager Brianna Welch said that she understands these concerns, but she added that most of the trees cut down are at the request of the owner of the burial plot.

The trees that are being cut down also help make the watering system in the cemetery work properly. Welsh says she receives many complaints that the cemetery has brown patches. Welsh has asked for advice in the matter and it comes down to choosing green grass or green trees. She expressed that public sentiment runs high toward the grass being green over the trees. But Welsh said that the public need not be worried, it is only the sick, dead or small bush-like trees that have been cut down. The cemetery still remains lined with tall stately old growth and will remain as full of trees as possible.

Welsh also said that no tree is removed before the owner is notified. When they run into a situation where a tree is dead and can’t contact the owner, the situation is documented with photographs, so if the removal is questioned at a later time, they can show why the decision was made.

Also, many of the trees that are requested to be taken out by the plot owners are ornamental trees such as crab apple. These drop small fruits that stain and litter graves.

Welsh went on to talk about the tree program that is in place to re-forest the parks around Price. They have added four new trees to South Park just last year. Each tree chosen is carefully planned so it does not have to be removed at a later date for interfering with pavilions, sidewalks or watering systems. There is also consideration of the best trees to weather drought, bug infestation and other plant diseases. All the parks have security cameras in place to guard against vandalism.

Welsh said that all these aspects go into the planning and decisions of each tree. The balancing act of green grass and trees is always a challenge to overcome. Washington and Pioneer Park will be the focus of new trees to replace the old growth that are reaching the end of their life cycle. Both of those parks are well known for the amount of trees and shade they offer. Several large trees have blown over or have needed to be removed due to potential hazardous situations.

Scott Olsen with the Price City Road Department said that they try to avoid any tree removal when working on roads and infrastructure, but at times it is necessary. They look to replace trees with root systems that will not cause road or sidewalk heave.

To qualify as a Tree City USA community, a town or city must meet four standards established by The Arbor Day Foundation and the National Association of State Foresters. These standards were established to ensure that every qualifying community would have a viable tree management plan and program and were designed so that no community would be excluded because of size. The standards are as follows:

To read more about being a tree city, please visit the following address:  https://www.arborday.org/programs/treeCityUSA/index.cfm 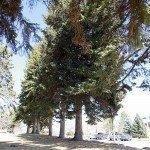 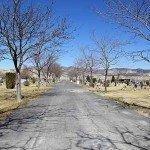 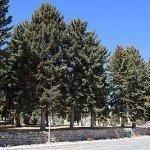 These trees are an iconic sight at Pioneer park 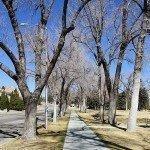 Price City retains its Tree City USA status for the 23rd year in a row. 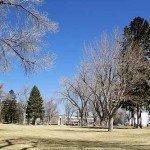 There will be new trees added in in Washington Park to reforest the area as older trees age or need to be removed due to pests, disease or other issues 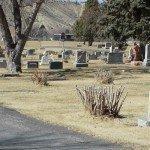