Abuse is prevalent everywhere, even though it is not always seen or heard. The Clothesline Project is a visual display that bears witness to violence against women. The project has made an appearance in the Castle Valley for that last several years.

The project originally began in Cape Cod, Mass. in 1990. It originated from a member of the Cape Cod’s Women’s Defense Agenda when they learned that during the same time 58,000 soldiers were killed in the Vietnam War, 51,000 U.S. women were also killed due to abuse. The project began with only 31 shirts on display.

Each shirt on display has a different meaning behind it, beginning with the color of the shirt. Each color of shirt represents the different types of abuse and the experience of particular women as follows:

Ashley Yaugher, director of counseling at USU-Eastern, spearheaded the event this year. “We had a lot of support from student services, the SUN Center, community members, the psychology club, and many more,” she shared. “It was easy to bring here and everyone was open to helping.” 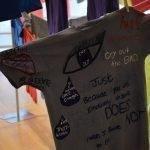 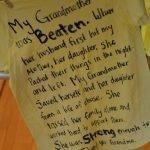 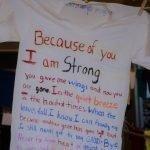 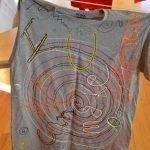 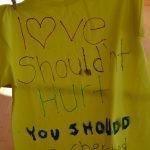 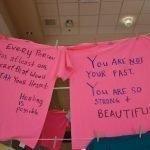 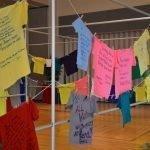 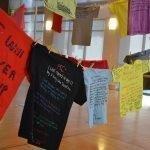 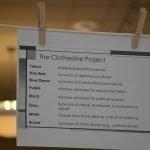 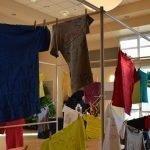