On Wednesday, 32 Eagle Scouts were honored at what was said to be the last Eagle Scout banquet for the Tavaputs District. Parents and Scouts were welcomed by long-time Eagle Scout Leader Bart Cox. Troop 394 led the group in the flag ceremony and the invocation was offered by Mereritt Meccariello from Troop 902.

The dinner was catered by BK’s Stop ’n Shop and the guest speaker was Tyrell Gray, who addressed the scouts about never giving up and how to become a man. “Hard times make strong men,” he said.

They were also given Eagle plaques by Bart Cox and Dana Gray. Cox then paid tribute to Gray, who has been of service to the scouting program for 40 years. The benediction was given by Kove Johansen. 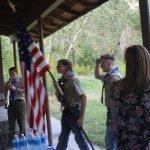 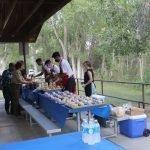 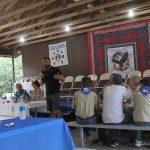 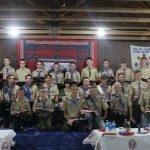 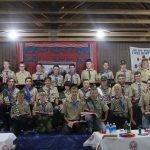 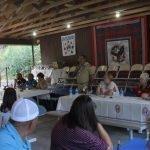 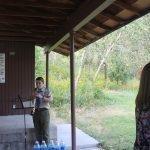