Two years ago, the team had to pull the collections trailers from their locations due to being unable to find a proper place to unload the recycling collected into a semi or transfer station. After much trial and a collaborative effort with the Carbon County Commissioners, the team entered a lease agreement to have transfer stations at the county landfill.

Through a large collaborative effort that the Green Team is appreciative of between the transfer station, commissioners, landfill and the road department, an area has been leveled out and is ready for use. A loading ramp has also been purchased and awaits deliveries at the landfill. Arrangements have also been made with an anonymous donor for forklift use.

The trailers accept mixed papers and aluminum cans only. The team stresses their goal of keeping recyclable material out of the landfill. On the second Thursday of each month beginning at noon and lasting an hour, the team meets at the Price City Hall in room 106 and encourages the community to get involved.

“We are grateful for the patience of the community,” director Jim Piacitelli stated. 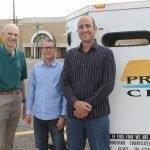 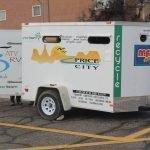 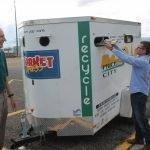