After surviving a serious car wreck which nearly left her paralyzed, Lacey Austin is currently recovering, but longs to find the two strangers who helped her on the side of the road immediately following the accident.

On July 14, Austin was traveling with two friends on Highway 6 near Mill Fork Cemetery. She was sleeping in the backseat when the driver attempted a pass, lost control of the vehicle, causing it to roll. The small Saturn came to rest on the railroad tracks.

Austin’s friends were able to exit the vehicle on their own, but she was unable to move. Knowing the danger she was in, the friends pulled Austin from the vehicle and laid her on the nearby ground.

“I was laying on my friend’s lap when a train appeared,” Austin recalled. “I couldn’t feel my hands and was unable to move. That’s when the two strangers showed up and saved my life.”

The unidentified pair stopped to help the stranded, hurt motorists just in the knick of time. “Everyone was trying to move me, but the couple stopped them from causing further damage to my spine,” Austin explained. “The man stabilized my neck while they moved me from the tracks. The lady talked to me and took my pulse. They kept me calm until the ambulance arrived.”

Once emergency personal arrived on the scene, the unidentified pair seemingly disappeared. “I honestly think that they helped save my life,” she said. “I want to find these people and hug them. Tell them thanks for what they have done for me.”

As a result of the auto accident, Austin suffered a severely broken neck requiring two separate surgeries. Several plates were placed in her neck and a long rehabilitation period awaits. “Doctors told me that I was one centimeter away from becoming paralyzed,” she explained. “Because the couple stabilized my neck when they moved me, I am able to walk again.”

Austin was hospitalized for one week. During that time, she was surrounded by family including her ex-husband Eric Austin. “He was there when I woke up and has helped me in so many ways,” she stated. “Because my car was a total loss, he gave me a truck so I can travel back and forth to doctor appointments. I want to make sure he knows how much I appreciate everything he has done for me.”

Although her arms and fingers still hurt, Austin had staples removed from her neck on Wednesday and looks forward to removing her neck brace in early October.

Thankful for everyone who has helped her through this chapter of her life, Austin wants to personally thank each individual, including the two strangers who came to her rescue on the side of the road.

“I thank everyone who stopped and provided blankets and everything else, but I would like to hug these two people and thank them for everything they did,” she said. “I feel that without them, I wouldn’t be walking today. So if everyone can share my story, hopefully I will find these two people.”

Austin asks that anyone with information about the two strangers, contact etv10news at (435) 888-4388 or etv10news@gmail.com. This information will be relayed directly to her. 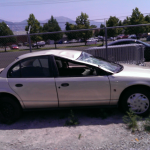 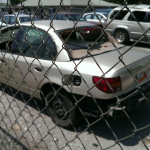 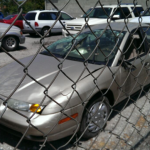 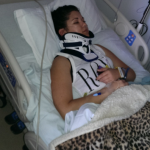 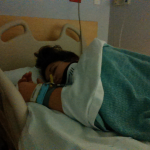 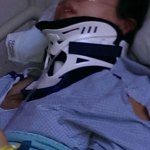 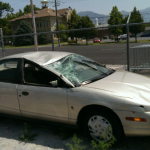