The Utah Department of Transportation project that includes renewing the main streets of Ferron, Castle Dale and Huntington began in early April and is scheduled to be finished by the end of August. Of course, as with any construction project, the dates are approximate and are subject to weather and project conditions.

The cities along SR-10 will have improvements to the pedestrian ramps and catch basins in the downtown areas with new concrete curb and gutter by these ramps. Also, the removal of the top layers of asphalt will take place before a new layer is put down.

There will be access to the various businesses along the construction routes. During special events in each city, the construction will not hamper the activities. The crews are expected to work Monday through Friday from 7 a.m. until 7 p.m.

Then, there is the construction project in South Price where the roads are being widened. This project spans from 3200 South to 1150 South and will include the highway being reconstructed with the addition of pavement to accommodate one travel lane in each direction along with a two-way left turn lane. Six-foot shoulders as well as curbs, gutters and sidewalks will also be placed on both sides of the roadway. Finally, two exiting culverts at a wash along the roadway will be replaced with a large box culvert.

The project south of Price began in March and is scheduled to be complete by January 2020.

Another project in Price is the repair to the bridge on 100 North. Crews began work in March to repair the bridge deck to extend the overall life of the bridge.

Construction on the bridge is anticipated to span until August. 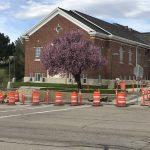 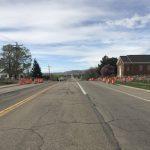