Local citizens gathered at voting sites on Tuesday to cast their votes for the 2017 primary elections.

For the primary election for Price City Mayor, Michael Kourianos took the most votes with 37.97 votes, followed by Rick Adams with 20.51%. Rick Davis garnered 14.31% of the votes while current mayor Joe Piccolo had 13.91% of the votes. Boyd Marsing rounded out the results with 13.3% of the votes.

In the race for Price City Council, current council member Terry Willis took the most votes with 29.08%, followed by Amy Knott-Jespersen with 23.54% of the votes. Joe Christman was close behind with 23% of the votes. Jesse Sloan notched 16.98% and Leif Nelson finished with 7.41%.

In the race for East Carbon Mayor, Harry Goslin Jr. took the vote by a dominating 64.84%. Current mayor Doug Parson ended with 25% of the vote while James Smith garnered 10.16%.

For the East Carbon City Council race, six contenders were part of the election. Larry Wood took the top vote with 30.14% followed by Karla Young with 25.05%. Donald McCarty took 16.83% of the vote with Philip Holt close behind at 16.24%. Ella Morris took 6.85% of the votes with Ronald Johnson taking 4.89%.

For the mayoral positions, the top two candidates will move to the general election in November while four will proceed for council seats. 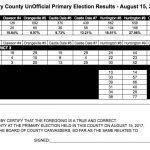 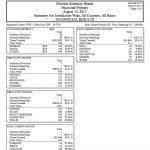 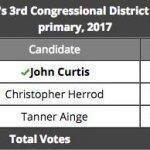