The Rhinestone Roper show amazed both kids and teachers at Cleveland Elementary on Friday. The show was complete with spectacular rope tricks, seemingly death defying bull whip stunts and a special message for the students.

The Rhinestone Roper gave students a glimpse of life on the cattle drive with tools of the cowboy. He also performed trick roping, bull whip cracking and how to use and read a branding iron. Everyone present will always remember the trick roping black light finale.

The Rhinestone Roper introduced his horse, Lucky Joe, to the audience. Lucky Joe showed off his tricks such as bowing, rearing, counting, fetching, saying yes and no, laying down, sitting up, pulling his blanket off and even balancing upside down.

In 2011, the Rhinestone Roper and his team performed on America’s Got Talent. Their audition consisted of throwing knives around one of ropers while she was spinning and shooting balloons. They advanced straight to Hollywood. At the quarterfinals, the team’s act did not receive enough votes to finish in at least fifth place and they were eliminated from the competition. Lucky Joe experienced some stage fright during the competition.

Along with his performance, The Rhinestone Roper included a special message to the students that everyone is unique and should find their special purpose. He taught the students never to give up. When they make a mistake, they should try again. 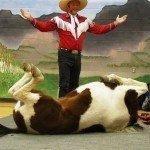 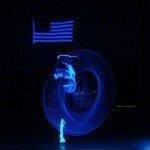 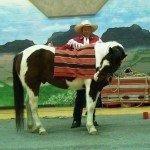 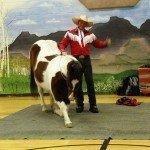 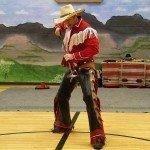 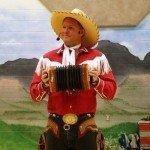 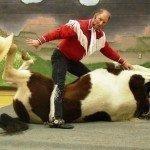 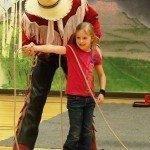 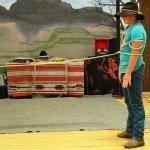 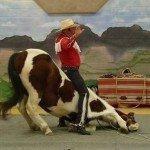 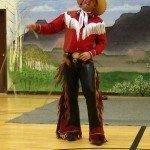 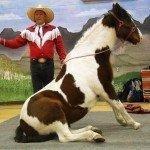 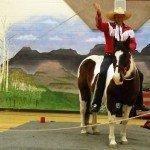 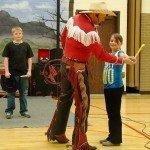