Green River resident Bob Scott, a talented woodworker, has built stunning models of the White House, the Capitol Building and the Supreme Court.

“They’ve been a big hit,” Scott said. “When you live in a small town, everyone takes care of your business and you take care of theirs. Everybody knows everybody, it got out, and the amazing thing about it is, people travel across the country and they will walk by my yard and start taking pictures of it. I get to visit with the people to see where they’re from, and I have had them from Orlando, Myrtle Beach, Portland, Seattle, a lot of Colorado; it’s amazing how many people have stopped here.”

When asked why he built them, Scott said, “It’s just a brainstorm, I get something in my head and I can’t get it out. For what reason, I don’t know, it’s something to do and tackle.”

The buildings were made mostly from the scraps of other projects. Scott has added strings of solar lights inside the buildings so that at night they are lit up.

When asked if he was going to build any more buildings, Scott said, “Nope, that’s it. My wife said, ‘Enough Bob.’”

Scott’s yard is full of other beautiful projects, including bird houses, watermelon planters and a covered gazebo cookout made almost entirely of river driftwood.

Bob and Judy Scott are both highly involved with the Green River community and cemetery. Judy is part of an organization that purchased the new Elgin Cemetery Sign. She has also taken the time to construct flowers for each and every grave in Green River, over 700 of them.

Bob is a veteran himself and has taken the time to build beautiful wreaths for each veteran grave at the Green River cemetery. Scott will be placing these wreaths on Memorial Day at 1:30 p.m. during which time the American Legion’s Honor Guard will be honoring our soldiers. 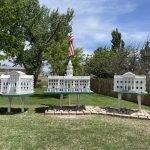 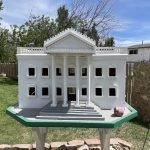 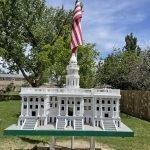 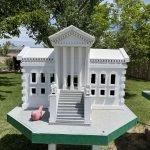 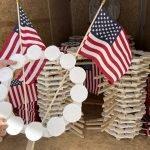 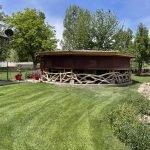 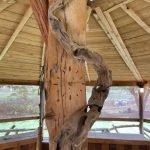 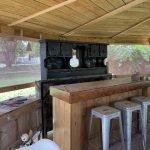 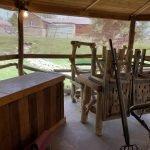