The Mine Rescue Association hosted a competition at Mont Harmon Middle School Tuesday. Thirteen teams competed and were made up of competitors from the local area and as far north as Montana.

In the competition, the 13 teams consist of eight to 10 people. Five are on the field, two are in the command center and one or two people who act as alternates, helping with power cords, playing victim and more.

The rescuers have matching uniforms for the competition. They also have a portable stretcher, portable respirator, a breather for the patient (Caravent), gas meters (each member has to know about different gasses that exist in mines), communication systems (wireless and wired) and a computer. Each team member’s equipment weighs about 32 pounds. The team also carries a fire extinguisher and first aid supplies.

The competition has been running for 39 years. There are only two contests per year because of budget cuts from MSHA.

The competitions aim to sharpen the teams’ skills. It also helps develop important camaraderie between the teams. It takes 10-12 rescue teams for a major mine disaster. Teams need to be switched out because of fatigue and equipment. Their breathing machines, for example, have to be recharged every four hours.

The competition is one week long with two field tests, a first aid test, a pre-shift test, which will go away in future competitions, a bench contest and an equipment repair test.

“This is not a spectator sport, but it is important,” said one of the event organizers, Larry Olsen. Olsen is a safety trainer from Canyon Fuel Company and Bowie Resources, LLC. He works at Skyline Mine.

Denny Erickson, Randy Mabbit and MSHA also helped organize the event. MSHA creates the problem the teams have to work through and also judges the competition. Mont Harmon Middle School was helpful as well, providing space for each of the events. Big Moe’s catered the event, providing eight meals for 180 people at a discounted rate.

The Boy Scouts helped with the competition, helping set up the field and handed out water. In return, organizations that helped receive a bonus. Boy Scouts receive a donation and janitors from Mont Harmon receive a bonus for cleaning up the mess.

This contest is supported in part by Skyline Mine, but each year the majority of funding comes from entrance fees. It costs $6,000 for registration at this competition and the event costs $30,000 to organize.

At the end of each competition, nearly $10,000 worth of trophies are given out. A trophy goes to the top three teams in every category. Another reward is bragging rights.

The rescuers on each team do this on their own time. Most of them also work in a mine. Of the 13 teams, four come from local mines, including Dugout, West Ridge, Rhino and Skyline. The oldest member of the company was 68. He has a goal to be in mining for 50 years and has a little over two years left.

Mine rescuers are required by federal law to attend two contests per year. Since this contest has two different simulations, a team only has to attend one contest. Typically, teams must score in the top three at a contest to attend the national contest, but that is up to their respective company.

There is a national contest every other year. This year, there will be a national contest in Lexington, Ky. in September. There will be more than 100 teams competing at nationals. It costs $20,000 to go to nationals, which includes registration, hotel fees and food, among other expenses. Because flying would create problems with their oxygen tanks, the teams have to drive.

Teams are also required to perform 96 hours of training per year.

“We do about three times that so we know what we are doing and we do a good job” Olsen said. 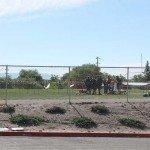 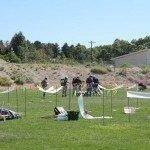 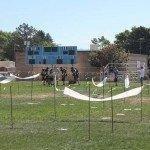 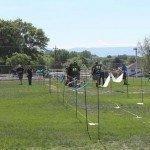 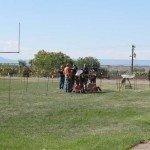 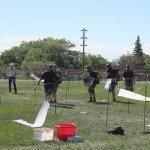 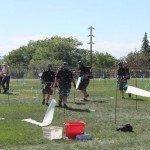 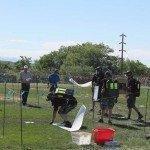 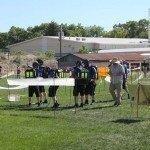 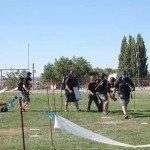 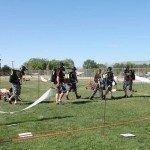 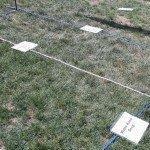 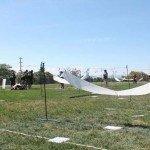 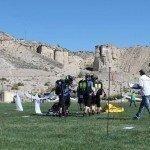 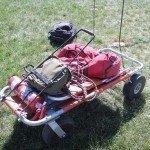 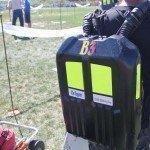 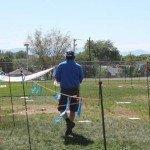 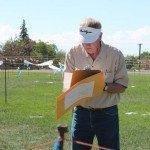 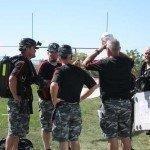