On Friday, Jan. 23 a little after 10 a.m., Price City Police Officer Jon Bowen conducted an investigation into alleged drug dealing activities at 545 South 600 East in Price, a residence leased by McKenzie Pitchford. Bowen was able to develop enough information based on probable cause that the Seventh District Court issued a search warrant for the residence and persons associated with the residence.

Bowen was assisted by other department officers, Adult Probation and Parole agents and agents from the Carbon Metro Drug Task Force.

Several people were detained while leaving the residence. The search warrant was served and a total of 17.5 grams of methamphetamine, 4.4 grams of heroin, almost $500 cash, numerous items of paraphernalia and a Ruger .22 semi-automatic pistol were seized.

John Franklin Tomadakis a.k.a. Gunner, 45, of Price, McKenzie Lyn Pitchford, 20, of Price and Sasha Kay Fowler, 30, of Spring Glen were arrested. In addition, Tomadakis was booked on failure to stop at the command of a law enforcement officer, a class A misdemeanor. The Carbon County Attorney’s Office will review reports and determine the appropriate formal charges.

A Staffordshire terrier (pit bull) at the residence was safely taken into custody and is being cared for at the Carbon County Animal Shelter until the owner is released from jail.

Pitchford has only three priors, involving drugs and domestic violence.

Fowler also only has three priors, all drug offenses.

Please note that this is a news release and is not intended to provide complete details of the investigation. 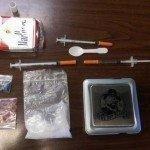 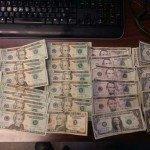 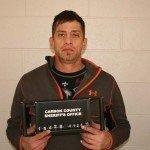 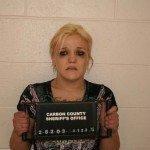 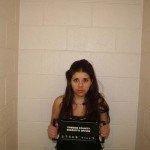