On Wednesday, Carbon School District held its annual spelling bee. School winners from Castle Heights, Creekview and Sally Mauro elementary schools along with Helper and Mont Harmon junior high schools sent their three top spellers to compete at the district level. These students competed against each other for an opportunity to participate in the Southeast Region Spelling Bee.

After 14 rounds of competition, Victoria Nelson emerged as winner with Mikayla Taggart in second place and Lexy Webster in third. The students will travel to Green River for the region spelling bee on Tuesday, March 4.

The winner of the Southeast Region Spelling Bee will then travel to Washington DC to compete in the Scripps National Spelling Bee in May.

Congratulations to all the winners in Carbon School District: 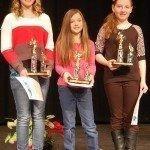 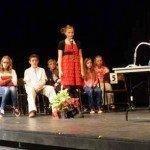 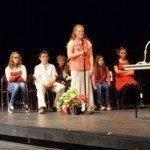 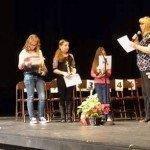