Carbon High had three players on the list for Region 12 all region team including Cole Fossat, Caden Sherman and Brad Williams.

Carbon basketball coach Jeff Cisneros explained that coaches are not allowed to vote for their own players Therefore, it is an honor decided on by all the region coaches after each school submits up to five players for the all-region team. 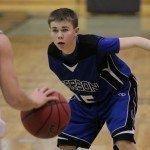 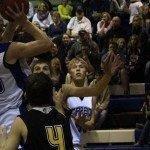