Three local soccer players, two Dinos and one Spartan, were recently given Academic All-State recognition. Makara Morgan and Rachel Walton, both from Carbon, along with Carlie Robinson from Emery were named to the Academic All-State 3A Team.

Morgan and Walton were part of Carbon’s 2017 team that battled in Region 14 against stiff competitors such as the Delta Rabbits, who went undefeated in region play, and an impressive Juab team. Carbon battled each game, ending Region 14 play with a 3-9 record.

Robinson joined the Lady Spartans in Region 15 play, where Emery secured second place behind an undefeated Manti team. The Spartans’ record of 8-2 earned the team the second place finish. Emery picked up additional wins in nonregion play, garnering a 10-5 overall record before the playoffs.

Going into the state playoffs, these ladies and their teams will meet in Castle Dale as Emery is slated to host Region 14’s #6, Carbon High. The game is scheduled for Oct. 11 at 4 p.m. and will be broadcast live on ETV Channel 10 and online at www.etv10news.com/livesports. 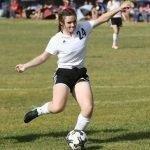 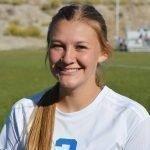 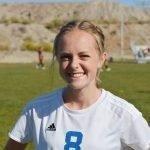