One of the first items on Price City Council’s agenda Wednesday evening was the reappointing of three members of the city’s Planning and Zoning Commission.

Carbon residents Erroll Holt, Frankie Sacco and Robert Oliver were approved by the council to be reappointed to the commission. Holt and Sacco were sworn in at the council’s meeting while Oliver was unable to attend.

Price City’s Planning and Zoning Commission assists in reviewing city planning documents in addition to reviewing and commenting on conditional use permits, according to Price City Community Director Nick Tatton.

Work may also include reviewing site plans dealing with a new development as well as details such as traffic patterns, parking, lighting and others.

Upon finishing their review process, the commission recommends that the city council either approve or deny the permit and applications. 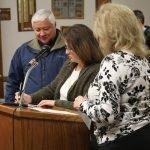 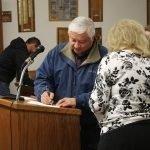 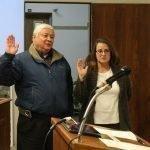