At approximately 5 p.m. Saturday evening, a three-vehicle accident sent four people to the hospital and blocked traffic in front of Walmart for about 45 minutes.

According to Price City Police Sgt. Kelly Maynes, a Chevy Lumina driven by Bobbi Sheffield crossed into oncoming traffic, sideswiping a Toyota Camry. The impact of the collision sent both vehicles spinning in various directions. In the process, the Toyota clipped a third vehicle.

With debris scattered randomly across the roadway, traffic was stopped on Main Street while emergency personnel treated victims, investigated the scene and cleaned up the area.

Sheffield, 33, along with all three occupants of the Toyota were transported to Castleview Hospital for minor injuries. Once released from the hospital, Sheffield was arrested and charged with DUI, driving on a suspended license and improper lane travel according to Sgt. Maynes.

The impact of the collision caused significant damage to all vehicles involved. “Everyone was wearing a seat belt,” Sgt. Maynes confirmed. “It could have been a lot worse if they were not. I strongly believe that lives were saved because of seat belts.” 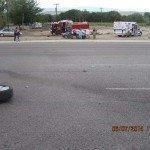 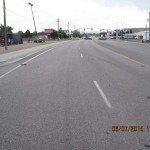 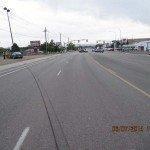 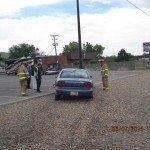 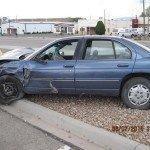 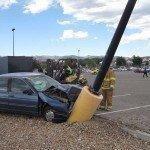 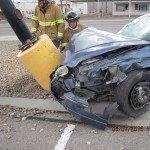 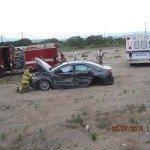 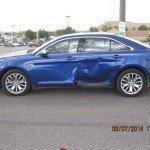