Tia Pappas has always been well known throughout Carbon County for her outstanding athletic ability. At Carbon High, Pappas dominated the court, helping lead the volleyball and basketball teams to many victories. Now, in her third year of college, Pappas is grabbing national attention.

In her third year at Westminister, Pappas is studying biology. Dedication to her studies has led Pappas to be recognized as a 2014 Daktronics-National Association of Intercollegiate Athletics (NAIA) Scholar-Athlete.

“You have to have a 3.5 GPA or higher and have been enrolled at your school for two years or four semesters at least,” she explained about how the honor is determined.

Pappas was one of three athletes from Westminster recognized by the NAIA for Division 1 women’s basketball. Westminster has only had 24 recipients receive the honor in its history.

As if school isn’t busy enough, the 5’7″ junior from Price spends hours on the basketball court, practicing, competing and gaining national recognition for her competitiveness. She was named Frontier Conference’s Defensive Player of the Year. Pappas averaged 2.46 steals per game, putting her second in the conference and 20th in the NAIA. In the history of Wesminster, she is seventh for most steals in a season with 64. Pappas also averaged 2.85 rebounds and had seven blocked shots.

Pappas averaged 11.6 points per game this season. Her impressive offense, defense and determination led to another honor from the NAIA. Pappas was selected for the NAIA Division 1 Women’s Basketball Championship Hustle Award. This makes her the first player from Westminster to take home a national individual award.

With one year left at Westminster before earning her bachelor’s degree, Pappas has another season to impress the NAIA, her school and her hometown with her exceptional basketball skills. While Pappas is still unsure of her plans following graduation, it will be no surprise when she moves on to great things. 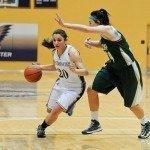 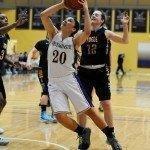 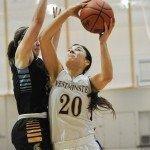 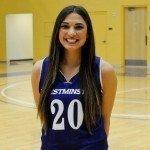