According to Gilson and Meyer, several activities were conducted over the past few weeks to earn money for this cause. The students and other club members sat outside of Walmart for several hours on two separate occasions gathering donations. The club also collected half of the ticket sales at a Carbon basketball game and allowed students at the school to buy back tardy’s for $5 and U’s in citizenship could be corrected for $25.

Local businesses also assisted the club in their effort by donating funds and turkeys to the food bank, while Carbon High contributed over $100 to the fundraiser.

Food bank staff members Mary Quintana, Johnny English and Brenda Deeter were thankful for the donation and all the hard work the students put in to make the fundraising effort a success.

Southeastern Utah Association of Local Governments (SEUALG) Community Service Program Manager Geri Gamber, also thanked everyone who contributed to the food bank’s recent turkey drive. With these donations, several families will be able to enjoy a Thanksgiving meal this year. 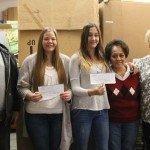 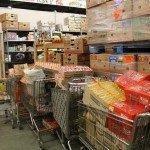 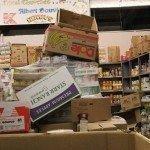