McCourt began the evening by telling the audience that he had desired to write a book his whole life. “I always knew I wanted to write,” he said.

However, military service, education and a career postponed this pursuit, and his dream of writing a book was, in his words, “put on the back burner.”

McCourt never lost sight of his dream completely, however, and when a series of circumstances left him in search of a new job at 55 years old, he realized it might be the perfect opportunity to start writing. He recalled his wife’s encouragement when she told him, “The kids are raised, the house is paid. You’ll never have a better chance than now.”

With family support, McCourt began work on his first book entitled “The Split Sky: A Journey of Discovery in Utah’s Nine Mile Canyon,” which recounts his experiences working at Nutter’s Ranch in Nine Mile Canyon as a 16-year-old.

His writing didn’t stop there. He continued writing about life experiences and the history of southeastern Utah, and has since published five other books and recently finished a draft of another.

McCourt also spent time giving aspiring writers advice. He told them that preparation is essential. “You need to read books,… keep a journal, … write letters, write an essay,” he said. According to McCourt, doing these activities every day helps writers develop their skills and style. He also encouraged writers to broaden their vocabulary and avoid over-flowery language.

McCourt finished by reiterating the importance of writing, even if just for one’s self. “Writing is self-discovery,” he said. “You don’t know what you think about something until you write it down.”

“The Split Sky: A Journey of Discovery in Utah’s Nine-Mile Canyon”
“The Moab Story: From Cowpokes to Bike Spokes”
“Last of the Robbers Roost Outlaws: Moab’s Bill Tibbetts”
“To Be a Soldier”
“King of the Colorado: The Story of Cass Hite, Utah’s Legendary Explorer, Prospector, and Pioneer”
“White Canyon: Remembering the Little Town at the Bottom of Lake Powell” 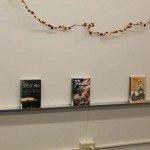 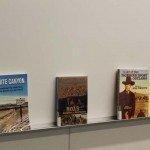 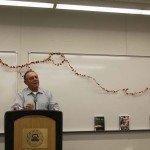 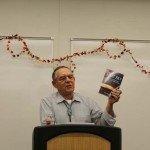 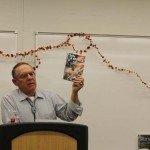 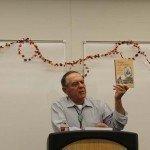