All three local track teams participated at BYU in the 2016 UHSAA State Track & Field Championships on Friday and Saturday.

Although neither Carbon, Emery nor Pinnacle took home state championships or individual championships, all earned points and finished the year strong.

Emery had two, third-place finishers at the meet. Erin Hurst nabbed a third in the 3200 meters, and Tyler Olsen took third as well in the high jump.

Carbon’s Sarah Ohlwiler finished fifth in both the 100-meter hurdles and long jump. Gabe Van Dyke also took a fifth in the 300-meter hurdles for Carbon. Sara Morley grabbed the last fifth for the Dinos, securing a top-five finish in the shot put.

The Panthers’ Huntter Sherman earned the team’s only points at the meet with an eighth place finish in the 200 meters.

Other finishes during the meet that earned points:

Emery finished the meet with 47 total points, good for ninth out of 19 teams. Carbon finished 16th out of 21 teams with 22 points. Pinnacle had one point, last of 24 teams. 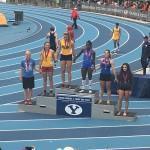 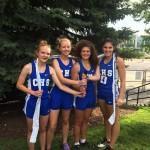 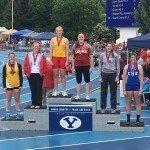 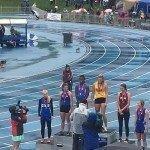