On Wednesday at approximately 8:57 a.m., Wellington Police Captain Feichko initiated a traffic stop for a speeding violation. Upon approaching the driver’s side door, Captain Feichko could smell a strong odor of marijuana emitting from the vehicle. The vehicle was driven by Vernal resident, Yoihongva Honie. Through further investigation, approximately four ounces of marijuana was located in the vehicle along with drug paraphernalia. Also located under the driver seat was a loaded .45 handgun. The marijuana was packaged in a manner being consistent with distribution. The marijuana, paraphernalia and weapon were seized as evidence.

Yoihongva was booked into the Carbon County Jail for distribution of a controlled substance, possession of marijuana, possession of paraphernalia and speeding. The report will be reviewed by the county attorney for formal charges. 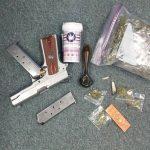 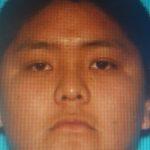