Two shooting events, one of which is free of charge, will be held at the Melons Day Festival in Green River this year.

The city of Green River and the Division of Wildlife Resources will host a trap shoot and 3-Gun Shoot on Sept. 19. Both shoots will happen from 1-5 p.m. at the Green River Shooting Sports Park, situated on the old frontage road east of town.

Adults and youth ages 12 to 18 are invited to participate. Those 12 to 18 years old must be graduates of a Hunter Education program approved by the DWR. They must also be accompanied by an adult.

Green River City will offer a round of trap for $5. Participants should bring their own shotguns, shells, and eye and ear protection.

Walt Maldonado, regional wildlife recreation specialist for the DWR, said trap is a sport in which targets, called clay pigeons, are launched away from shooters using a mechanical thrower.

“The object of the sport is to hit and break as many clay pigeons as possible before they fall to the ground,” Maldonado said. “A round of trap consists of 25 shots.”

At the same time the trap shoot happens, the DWR will run a 3-Gun Shoot in a different part of the shooting range. The 3-Gun Shoot is a timed shooting event where participants shoot at metal targets located in separate bays using three different types of firearms.

“The goal is to hit as many targets as possible in the least amount of time,” Maldonado said .

All firearms and ammunition for the 3-Gun Shoot will be provided free of charge. 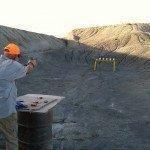 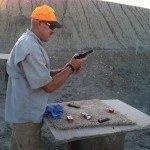 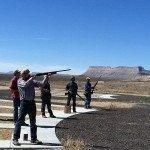 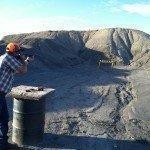