As part of ongoing criminal drug investigations, on Tuesday just before noon, agents Stephen Regruto and Mike Adams from the Carbon Metro Drug Task Force observed a drug transaction in progress at a Price parking lot, resulting in the arrest of three individuals, referral of charges for a fourth person, and seizing small quantities of heroin and money. The agents were assisted by Adult Probation and Parole Agents, Carbon County Sheriff’s Deputies and Price City Police Officers.

Two balloons of heroin, a variety of illegally possessed prescription pills, items of paraphernalia and $373 cash were seized by the agents.

Vigil and the unnamed individual are currently on probation.

King currently has two active statewide warrants, one a traffic violation and the other for retail theft, but they are only valid in Salt Lake County. King has eight previous arrests involving drugs, theft, assault and a business license violation relative to massage therapy practice. 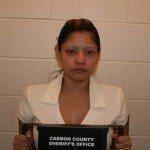 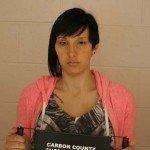 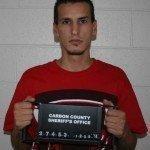