GREEN RIVER, UT – The history of river culture on the Colorado Plateau is shaped as much by the passion of the individuals who called themselves river runners as it is water rolling through deep canyon walls. On Sept. 29, the river running community will once again honor a selection of those passionate river runners, George Wendt, Gaylord Staveley and Kenny Ross, in an induction ceremony at the John Wesley Powell River History Museum.

Wendt, the founder of O.A.R.S and a conservation icon, built one of the largest companies in the river running industry. In an era when motor trips were the norm, Wendt established O.A.R.S. as the first Grand Canyon outfitter to exclusively run oar powered trips in 1969. For more than four decades, Wendt leveraged his company’s success to support conservation and education efforts in places of wilderness, donating over five million dollars in his lifetime to non-profit organizations who support river conservation. Wendt will be represented by his two sons, Clavey and Tyler, along with other family and friends at the Hall of Fame induction.

Gaylord Staveley is a living link to past river legends and stands among some of the most accomplished boaters on the Colorado Plateau. In 1957, he became the owner of Mexican Hat Expeditions, the same company started by famed river runner Norman Nevills. The company, now called Canyoneers Inc., remains the oldest river running outfitter in the Grand Canyon. For more than fifty years, Staveley has been a steady hand in the industry. He’s authored three books on the history of river running in the region, he served as the President for the Colorado River Outfitters Association for more than a decade, and he has worked diligently to preserve the history of boating on the Colorado Plateau. Staveley will be inducted by river historian Roy Webb and will attend the induction ceremony.

Kenny Ross has been described as a forgotten figure on the Colorado Plateau, but his influence on river running in the Southwest should not be overlooked. Ross worked as a boatman on the Rainbow Bridge expedition in 1933, he worked as a naturalist at Mesa Verde for many years, and fell in love with the four corners region. In those early days before commercialization, river runners focused on the geology, history and the science of the canyons, and Ross found himself deeply connected to the landscape. Even after he created his business, Wild Rivers Expeditions, Ross maintained a closeness and respect for the land. He emphasized education and customer experience over numbers and profit. Ross will be inducted by Gene Stevenson and represented by family and friends.

The museum invites you to join the river running community for this annual event and fundraiser. Tickets are $20 per person, which includes dinner, access to our silent auction and the induction ceremony. Tickets to the event are limited and will likely sell out. 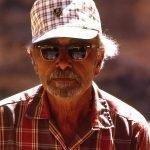 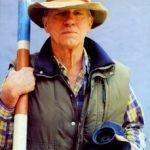 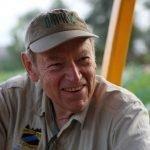